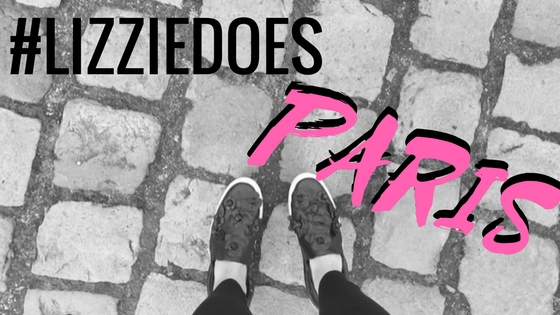 Up until this very moment, this very day, even…if you asked me about money matters I would have told you: “Go ask someone else…I’m very bad at money.” And it would have been true. I have been bad at money my whole life. From the day I opened a Star Wars credit card when I first moved to New York City (the rewards earned were what one might expect from a Star Wars Mastercard), to the $10,000 I quickly racked up on it because…free money to the countless times I’ve overdrawn my checking account.

If you’re about to recommend Dave Ramsey’s books to me, don’t bother. I read them in college and again in New York and again and again and again. I have done his workbooks and always kept the concept of the “debt snowball” in the back of my mind. Sometimes I chant the words “gazelle-like intensity” to myself. But it’s one thing to read about something and another to apply it.

Flash forward to August of 2017. My Granny had just passed away and had left me with, what she called “squirrel money.” Basically, a sum of money that she’d been squirreling away just for me. It was a turning point for me, because I was being given a shot and I did not want to throw it away.

My very first trip abroad was a trip to England with my Granny. When me, my brother and my cousin all turned 16, she made it her mission to get us abroad. That was her promise to us. And as the eldest grandchild, my trip was first.

She and I went on a group tour with a pastor she had known for years. He was preaching his way across London in Minsters, Abbeys, Churches, Cathedrals…and we were to join the bus tour accompanying him. It was my first taste of the travel bug. It was my first taste of another country. And from the moment I saw the chopping block and the crown jewels in the Tower of London, I was hooked on absorbing other places and their culture.

When I first entertained the idea of going to Paris, it was on a whim. One night, in the middle of the night, I was up and unable to sleep and I started searching the internet for whatever magical treasures I could find. Something I do often when I have bouts of insomnia. Etsy treasures, Pinterest ideas, cat videos on You Tube and then I wandered over to a flight search and randomly typed in “Paris.” It’s a place I’ve always dreamed of visiting.

Talk about finding treasures…I found a flight for $175, one way to Paris on Norwegian Airlines. And that night, I bought it. I thought to myself “Even if you don’t end up making it there, $175 is a bargain price for a big dream!”

I was still bad at money. But even being bad at money, I knew a $175 one way ticket was a good idea! I also knew that Paris was a city where I’d want to have money to spare for things like sight-seeing, eating and shopping. Enter, what I thought was going to be, an uphill battle.

I read an article on the The Penny Hoarder about ways to save and came across an app called Stash. It’s basically an easy way to set up a savings account with different low risk, or high risk if that’s your bag, stock options. You buy the stocks you want. They accumulate interest or lose it as the market dictates and then when you want your money back, you sell the stock and transfer the funds back into your bank account.

Savings accounts that I’ve used in the past have not worked for me, no matter how hard I’ve tried. And believe me, I’ve tried.

I tried the kind where it rounds up your spending and puts that rounded up sum into a savings account. But it’s linked to your checking, so when my balance got low it was very easy to transfer those extra monies right back into ground zero.

I tried an account with a completely different bank. But as with all my other attempts, I’d watch the number rise as I watched my checking dwindle and once again it was too easy to transfer it right back into the danger zone.

But something changed. I didn’t abuse it. In fact, I didn’t even touch it. I started out by transferring $5 every Friday into my Stash. A small enough amount that I could spare it. A big enough amount monthly that it would mean actually creating some savings. Gradually, as I realized this was working for me, I upped the ante to $10 a week, then $15 a week and finally $20 a week.

$20 a week is not a great amount of money. It’s modest at best. But for me, it was a king’s sum. From August to December, I faithfully added to my savings. When I had extra money come in, I’d add more.

I started teaching an Art Class for Preschoolers to make extra money, my side hustle, and I put part of that money in there too. Before I knew it, I had over $1000. I have NEVER had $1000 in a savings account. I’ve rarely seen that amount in my checking account, to be honest. All of a sudden I was like…

You guys…I had done it. I changed the narrative of my relationship to money.

Days before leaving for my big trip to Paris, a trip that now seemed much more of a triumph and a celebration than it did back in August when I’d initially made the decision to dream, I was recounting how  all this had come about to my father.

I told him about the article in the Penny Hoarder, about the app Stash, about my $1000, about how I actually accomplished what I never thought I could. And I finished with “And you know how bad I am at money, dad!” He looked at me, rather intently, and said “I don’t think you can say you’re bad at money anymore.”

Wake up call! Have you ever really had a wake up call? Do you know this feeling?

Not only did I afford to fly myself to Paris, but I could afford to actually stay in Paris and do everything on my bucket list and eat a fancy French meal every night and fully immerse myself in the Paris I wanted to see most. And yes…even fly home from Paris.

I have a lot of blogs coming your way in the New Year about my experiences in Paris and other things like  travel tips, how to get great photos when traveling alone, all kinds of things that came to me when the flood gates of my love for writing were opened up again because of this trip.

But none of those posts will be as important as this one right here.

No matter who you were in 2017, no matter what you thought you couldn’t do or what you think is beyond your reach…it isn’t. You can do that thing. You can change your narrative, like I did.

Guys…I’m good at money now. I’m paying off debt and starting new enterprises. I don’t have a credit card anymore because I know that I can’t trust myself with one. I have a checking account for paying off bills and a checking account for my spending and the rest, well you know where that goes! Right into my Stash for safe keeping. And I’m going the extra mile and adding Acorns to my portfolio. Another app that will help with savings. It’s always a good idea to hedge your bets!

I don’t think I’ve ever truly been this proud of myself in my whole life and it’s a great feeling! The confidence I have in my abilities, the knowledge that all it takes to climb a mountain is the proper training and the right equipment! You want Everest…you can have it. You just have to do the work. You just have to show up for your dream!

What a way to start the New Year!!

8 thoughts on “Money Matters: How I got to Paris”