Ok, now you know how I made it to Paris.

But I’ll bet you’re wondering what I got up to when I finally made it over there.

Before I even left for Paris, I created a very tentative list of things I wanted to do, along with a vague outline of when I might cross each thing off my list. Traveling with a strict schedule is just not how I do things. I wanted to leave a lot of space to change my mind, add new things to the list and choose days I thought would be best for each item.

I landed at Charles de Gaulle airport at about 1:30pm on Friday afternoon, December 29th. I opted to rely on wifi in places and turn my phone on airport mode to avoid roaming charges while in Paris. This meant that simple tools like my GPS and the internet were not available to me, except when I was in my hotel or at a cafe that had wifi. It also meant that I had to rely on my scrappy travel skills (of which I have many!)

An excerpt from my travel journal upon arriving in Paris after finding my way to my hotel:

“Finding my bearings in Paris makes me feel like it’s my first time in New York City all over again. There’s a feeling that I truly have no clue where I’m going or what I’m doing. I don’t speak this language and maybe I’ve been out of the big city game for too long.

But, there’s also the absolute knowledge and confidence that I am capable of mastering this. Flying solo can be a little scary initially, but also exciting and energizing! I’d forgotten that feeling. It’s not something I feel very often in Winter Park, Florida.

On the plane, I sat next to Max, a very kind, young guy, probably a bit younger than me in age if not in spirit. He gave me some recommendations and we shared laughs throughout the flight. I was reminded that there are new friends waiting around every corner, if you’re open enough to look for them. Brave enough to talk to them.”

Interjection: This was the start of a flood of writing that began the moment I landed in Paris and has not stopped since I’ve returned home! And I was certainly grateful to be reintroduced to the writer in me, all over again!

“My hotel, Libertel Gare du Nord Suede on Boulevard Magenta in the 10th Arrondissement, is so charming and tiny. It’s the absolute perfect size for me and my solo adventures! It’s cozy and has the right number of hangars for the Paris wardrobe I brought with me. More than just coincidence, I think! 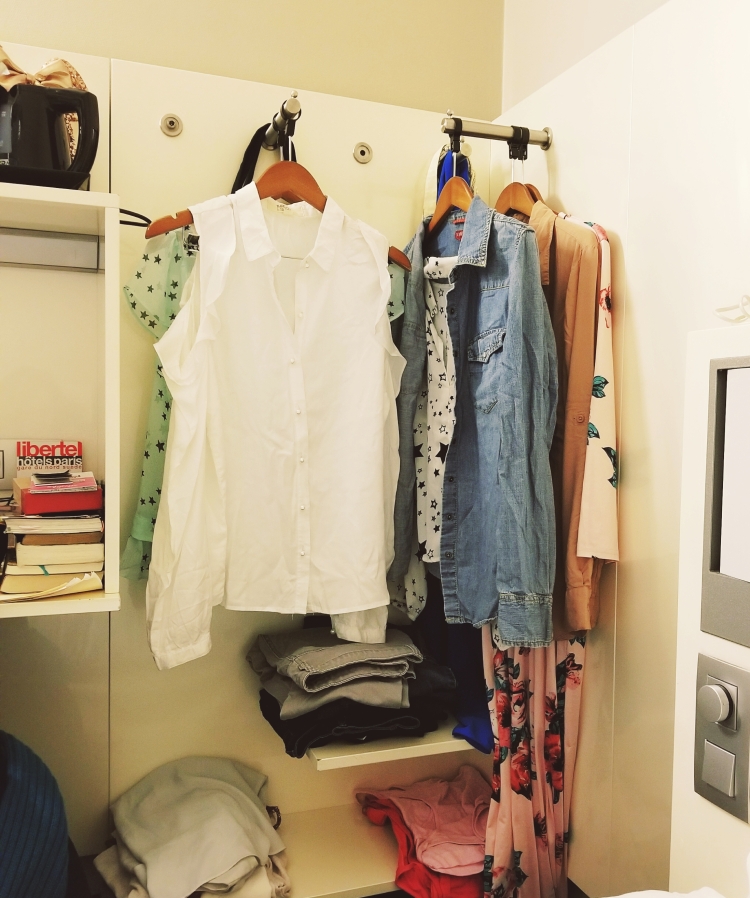 I laid down to take a quick 30 minute cat nap, here on Day 1 of my adventure, and woke up an hour and a half later than anticipated. Apparently my body had other plans. Once I finally woke up, I felt rested and ready to walk and see and EAT. Above all…EAT!!

Interjection: I just sat down to my first dinner in Paris and I’m implementing a new rule…wine and dessert will be ordered at every meal! No exceptions!

My neighborhood is charming! I think I’ll be using that word a lot in Paris. There’s a lot to see. Plenty of hustle and bustle and I find it surprisingly easy to navigate, given the language barrier. As I took the opportunity to get the lay of the land in my Arrondissement, I passed my hotel 3 separate times without meaning to. I don’t think I’ll have any trouble finding my way around. It really does feel somehow like I’m back in New York, but maybe all big cities have this energy and I’ve just forgotten what it felt like. 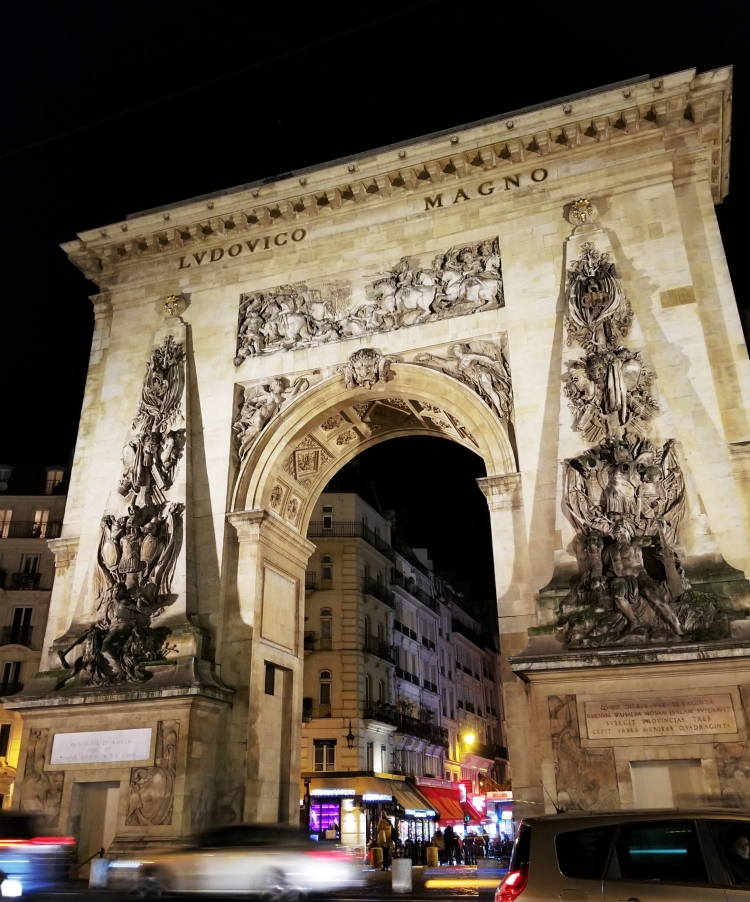 Also…I feel like I’ve found a familiar part of myself, long forgotten and abandoned.

There’s something about being on my own that I’ve dearly missed. The knowledge that if I get in a jam, all I have to rely on…the only person that can fix it…is me. That feeling might scare someone else. I think it scares plenty of people, in fact. But I just find myself wanting more of it.

If I’m being honest, maybe I was a little apprehensive about traveling by myself. But I could easily chalk that up to everyone’s fervent efforts to warn me against gypsies, pick pockets, terrorists, refugees, rude French people and all other manner of evils that might be found over here. These were not my own fears, because when I first bought my ticket I felt none of this trepidation. All I felt at the time was pure excitement and joy. These fears belong to other people. They were imprinted on me before I left. But here I am and that initial fear has melted away like the cheese in this croque du jambon I’m currently stuffing in my mouth right now.

Thinking about the New Year’s Eve that awaits me in just 2 days…staying out till midnight in a strange city, finding my way home after light has faded and darkness has enveloped this city…it’s not frightening at all! Again…it just feels familiar. Like something I spent 8 and a half years doing.

Interjection: And now for dessert!

I have a feeling that any fitness I experience in this city will quickly be offset by the eating and drinking I intend to do for the next 6 days! For example, the warm chestnut cake that just arrived at my table! WOAH!”

**All photos were taken on my Samsung Galaxy S8 and were edited using Afterlight.