I am baffled. I am disillusioned. I’m super confused. And there’s one word that can sum up all my feelings…TRUMP.

Someone please explain to me what the actual hell is happening in our country right now? How can anyone get behind the hate-mongering that Donald Trump has been spreading since the beginning of his campaign. Are we so desperate for something different that we’ll just accept the first racist, bigot that comes along and shouts…”Make America Great Again.” Sounds a lot like “Make America White Again” to me.

It’s true. America is a great nation. A nation of freedom and opportunity, where a person with a dream can come here and have a chance at seeing it realized. What will happen when we start erecting walls and kicking people out? What kind of dreams can we expect from a nation that is ruled by fear and hatred instead of dreams and aspirations.

I don’t like to get overly political in my blog posts. This is a happy place where I like to gush about Star Wars and Disney and Marvel and Jane Austen. A place where happy thoughts live. It’s hard to think happy thoughts when the prospect of a Trump presidency is even remotely possible.

And the crowd shouts, “MEXICO!”

This scene conjures up the image of a young charismatic Adolph Hitler screaming about how the Jews were killing the Germans. That they needed to be eradicated. People adored Hitler and believed Hitler and were devoted to Hitler. The way people adore and believe and are devoted to Trump. They take his words as truth. And no matter what he says, they give him passes. They let the bar drop a little more every day. And no, I don’t think the comparison is undeserved or harsh. I think it’s spot on.

If you believe that Donald J. Trump is a follower of Christ, then I call into question your definition of a Christian. Christ spoke of peace. He spread words of love. He talked about loving God above all else and loving our neighbors second of all.

No commandment greater than these. Guess who our neighbors are…

See, we live in a sinful world. Plain and simple. And as long as we are humans, that sin will remain. The best we can hope to do is confront that sin with understanding and love. Not anger and suspicion and hatred. That’s not the kind of country I want to be a part of. That’s not the country I love. When America becomes something unrecognizable, what will we do to change the tide? What will be required of it’s citizens to uphold the freedoms that all men and women deserve?

America was never without greatness…what America are you living in, Mr. Trump?

But these school shootings…they have to stop! Enough is enough! How is this still happening? How do we live in a “free” world in the 21st century, yet we’re shackled with issues like the death of our children? I don’t know the solution. I wish I did. (I feel like Captain Picard could work this out in his sleep.)

Here’s what I know…I know I’m tired of press conferences about gun control and mental health. Because we’ve gotten really good at talking about it. Yet here we are 16 years after Columbine and we are still just talking. We live in a nation divided. The “free” world is littered with semi-automatic weapons, internet bullies and dead kids.

You can’t trust the media because everyone has an agenda. And one wrong step on social media and you can almost hear the hate mail flooding in.

But amidst all that shit, I think we can all agree…Republicans and Democrats, homosexuals and heterosexuals, black, white, Asian, Hispanic, men and women…we don’t want to hear the names of any more dead children.

News outlets bring experts on to talk about what we “could have” done to prevent this. In 3 months they’ll be back to tell it to us again, so what’s the point.
We have failed this country if in 3 months we are still just talking.

I went to see The Martian this weekend and it was a beautiful movie. But it made me sad, because it looked like a fantasy world. And there weren’t any dragons or Hobbits or Wookies or wands. But it didn’t feel real. Not the man on Mars part, but the hopeful, helpful Nation waiting on the Earth below.

I read an article the other day that really asked a lot of the right ones. (Read it here.) Even that writer doesn’t have all the answers, but hey, it’s a start!
If The Martian taught me anything, it’s that there are many people out there who are much smarter than me. But what I have is hope. I believe in a better future. I believe we can still change things. I believe that celebrities aren’t the only people who can use their voice to make a difference and that politicians don’t all have to be slime balls (though I’m still waiting on confirmation.)

The first question I might ask you is – do you want to wake up to another school shooting? Do you want to see this happen time after time? Do you want killers to be immortalized and victims to be forgotten? We know the names of the shooters and the bombers, but can you name the victims? Seems to me a young troubled teenager, looking for a place in this world, with demons too loud to fight might just think taking up a gun is the only way to be heard. After all, that’s how Harris and Klebold and Lanza and Cho and Harper-Mercer were heard. They may have died, but I sorta think they got what they wanted. A media circus dedicated to them.

I think of my baby nephew who was born days ago. He knows nothing of right or wrong. He doesn’t know the hateful things people do to each other. He is a blank slate. He is a clean slate. He is the hope that tomorrow won’t be hell on Earth. And I’m terrified for him. It’s not just colleges and high schools anymore. Sandy Hook taught us a whole new meaning of the word fear.

So let’s start asking questions. Questions about why anyone would need a semi-automatic weapon…period! Questions about why the gun show loophole is still in effect to this day. Questions about why politicians can’t get out of each other’s way and walk across party lines to shake hands and understand that this is not a world we want to be apart of. And that every day people like you and me will no longer stand for press conferences and expert opinions about troubled killers who are allowed to do these things. I don’t want opinions…I want solutions. 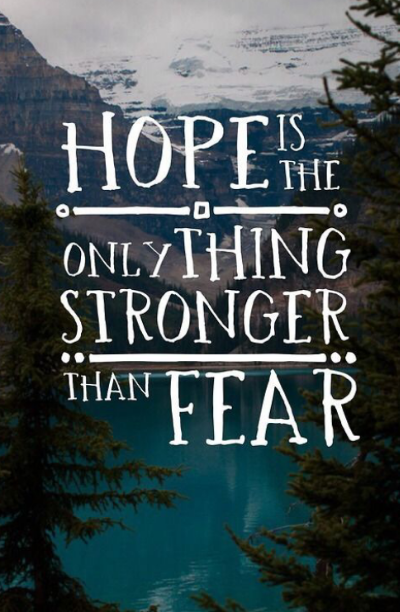 *Photo Courtesy of My So Called Crafty Life