Yeah… I couldn’t just pick 5 couples. Because I don’t just watch 5 shows. And even if I did just watch 5 shows, there’s more that one couple per show sometimes. So I’m just gonna go ahead and pick as many as I want, breaking the 5 Fandom Friday rule, but it’s Valentine’s Eve/ Friday the 13th/ I-don’t-care-I’ll-do-what-I-want-day. But I think that The Nerdy Girlie and Super Space Chick would approve!! Not only did I do a list of current couples that I’m shipping. I also went ahead and made a list of couples that I ship from shows that are no longer on the air. Click Here for that list (also couldn’t choose just 5 couples for that one either!) PS, spoilers ahead so tread lightly! You’ve been warned!

As of right now on the show, this has not even been hinted at, but I know I’m not the only one who dreams of the day when Lady Mary and Tom Branson just join forces to become a serious Downton Abbey power couple. And I think the late Lady Sybil and the late Matthew Crawley would approve of this union. Plus Tom and Mary are equally better than the people they have individually been courting or been courted by!

#2 – Captain Swan from Once Upon a Time 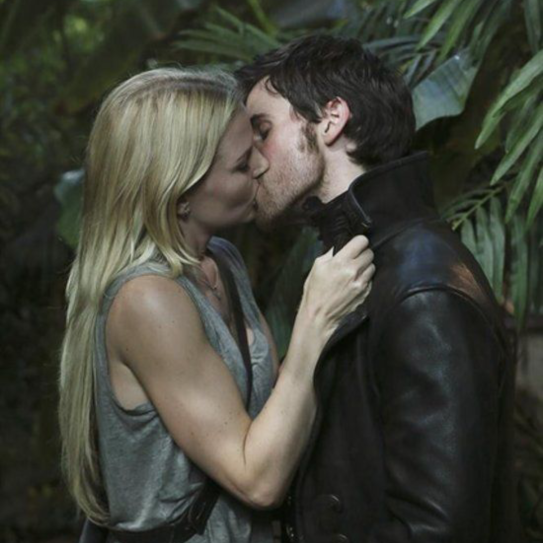 If anything happens to break Emma and Hook up, I will be boycotting Once Upon a Time. I have loved their story and they are such a great couple. She makes him a better man, he makes her a better woman. It’s everything a fictional relationship should be!!

In the same vein as the Emma/ Hook union, if anything happens to break apart Zoe Hart and Wade Kinsella I will be boycotting! I love them together. Incidentally, they also make each other better people and with a baby on the way, they are truly becoming a wonderful and inspiring couple to watch!

All you Olicity shippers out there are going to hate my life, but I don’t dig Ollie and Felicity together. I liked him with Laurel, before she lost her edge! And I loved him with Sara, before she lost her life. But Felicity… I’m just not feeling it. But there’s something so delightful about the growing tension of Raylicity!! And I ship them so hard!! So, sorry my lovely Olicity shippers, but Raylicity all the way!! 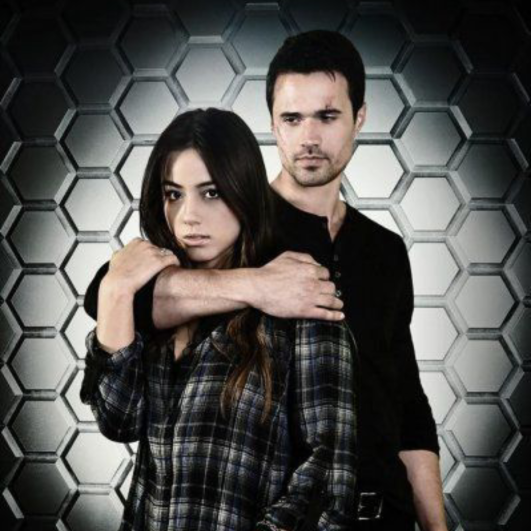 Ok.. Revenge is killing me on the Jack and Emily front. Why, why, why would she even consider a relationship with Ben when good old Jack has been biding his time. When he walked up that hill to Ben’s house and saw them kissing… NOOOOOOOOOO!!!! After all this time. Here’s hoping they get things together before the end of the series.

Jess and Nick have certainly had their ups and downs. And I’m gonna go ahead and admit that I refused to watch their break up. REFUSED. Especially after THAT kiss and the fact that they belong together. They just do!! Sure, Ryan is adorable and a wonderful distraction till Nick gets his shiz together, but there is a serious expiration date on that relationship. And it’s because Nick and Jess belong together. They are like Ross and Rachel, like Toast and Butter, like Netflix and Mac and Cheese!! Meant…To…Be!

#8 – OutlawQueen from Once Upon a Time

HEARTBREAK! That’s how I felt at the end of the winter finale of Once Upon a Time. Rumpbelle and OutlawQueen both took a hit this season. But I can’t believe that Regina and Robin have seen their last steamy kiss. Magical town barrier or not! Keep hope alive for this couple, because the powers that be over at ABC know what we want!!

They are literally called FitzSimmons on the show. They belong together. Their names make up the perfect shipper name. Did I flirt with the idea of Trip and Simmons? Sure. But all along I knew that Fitz belonged with Simmons and Simmons with Fitz, plus Trip is dead now (RIP) so there’s no chance f0r Trimmons.

This one is one that we have been waiting for for a long time! It’s been building and building and so far we only have cursory glances and that reunion that brought all Caryl shippers to tears! Why didn’t he kiss her then? WHY? I tell ya, AMC may just be the Kingpin of the will they won’t they at this point in the list. 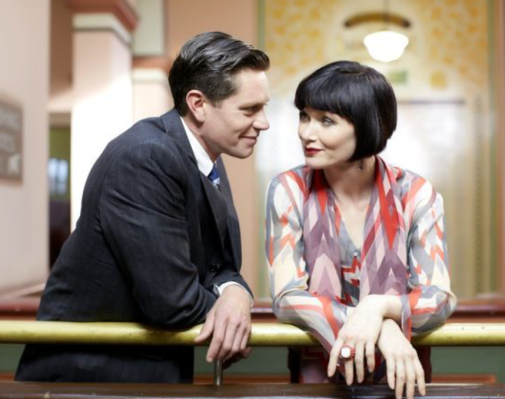 I take it back. Detective Inspector Jack Robinson and Miss Phryne Fisher hold the title for biggest onscreen teases!! Chances are you haven’t seen this one as it’s a show that airs in Australia, but thanks to the magic that is Netflix, you can catch up on the two current seasons available. Season three is currently in production. Do yourself a favor and get on team Jacknye right now!!! It’s completely worth it.

#12 – Snowborn from Game of Thrones

This one may be a surprise for you. Seeing as they have had zero onscreen moments together. She’s off in Westeros raising dragons and conquering kingdoms. He’s over in Castle Black battling the impending doom of that winter that keeps on coming along with all the creepy threat of the White Walkers. But their paths are drawing closer together and the entire series is called A Song of Fire and Ice. Hello?? Fire-breathing dragons… huge wall of ice?? You do the math on that one.

And last but not least we have SnowBarry. Now the relationships on The Flash are tricky. If we’re talking comic book canon, everyone knows that Barry marries Iris. But is that the direction that The CW is going to take? Will WestAllen ever get it together? Personally I don’t ship Iris and Barry (sorry WestAllen shippers!) I also don’t ship Caitlin and Firestorm, though I know that according to comic book canon Caitlin is destined for the dark side. But I still loved the episode, Crazy For You where they grew closer and flirted with the idea of SnowBarry.

Shipping a couple doesn’t always mean that they will end up together. Much like real love and emotions, it’s not always rational. But the heart wants what it wants!! And I apologize for nothing! Every ship has it’s place.

To talk more about the couples we ship on this Valentine’s Eve, come on over to Twitter @nerdinthecity tonight for my #NerdySlumberParty where we will be talking all about that four-letter word, Love. The party starts at 9pm EST and there will be giveaways and nerd talk. You do not wanna miss it!!