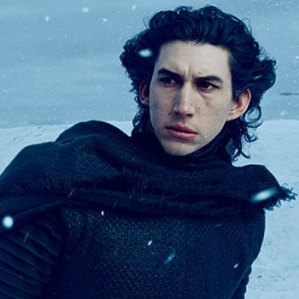 Last week, an article was released on Retro Zap called “Is Kylo Ren Redeemable?” Finding it rather interesting, I posted it to my various social media sites encouraging my followers to read it. One of my favorite Twitter friends had a response and this is it:

THERE ARE SPOILERS!! Of course there are spoilers. If you haven’t seen Star Wars: The Force Awakens yet and have come to my blog, then you’re sorta asking to be spoiled, aren’t you now?

“By now, most everyone has seen Star Wars: The Force Awakens numerous times (I say most everyone because it’s still behind Avatar & Titanic in worldwide box office). And there have been a wide range of articles written about the movie and every nuance that could be found within it.  One that was interesting, brought to my attention by my friend Liz, was an article entitled “Is Kylo Ren Redeemable?”

The article itself doesn’t necessarily answer the question, although it does tell what Ben can possibly do to overcome what has happened.  But the question still hangs there….is Kylo Ren redeemable?

Granted, we are asking this question and are only one film into this trilogy of Star Wars films.  We do not know the journey that took Ben Solo to Kylo Ren.  We do not know the journey that will take place in the next two films.  What we do know is the actions that Kylo took in The Force Awakens.  He killed his own father, Han Solo.  For many, that may seem to be the unredeemable offense.

But let’s imagine we’re back in 1980.  We have just walked out of the movie theater after watching The Empire Strikes Back for the first time.  We have watched Darth Vader and all the evil things he had done.  We will have had two films to base our opinion of him.  If someone came up to you and asked “Is Darth Vader redeemable?” what would our response have been?  I would guess that most would respond with a resounding no.  He was portrayed as one of the ultimate villains.  He is “THE bad guy” when you think of bad guys.

However, as we came to find out in Return of the Jedi, Darth Vader was redeemable.  He found redemption and became Anakin Skywalker again.  It was not without doubt.  Most everyone even in the Star Wars universe thought that it wasn’t possible.  It was not without sacrifice.  Vader had to sacrifice his life to save his son from Emperor Palpatine.  But it did happen and that redemption changed the course of history in the Star Wars universe.

We saw one act of deplorability from Kylo Ren.  Granted it was a pretty deplorable act that he did.  But if you compare him to Vader (and in many ways that’s what he himself is trying to do), he is no less redeemable.  By the time we get to Return of the Jedi, Vader had committed numerous deplorable acts to both people he loved and people he didn’t know.

So I would say that yes, Kylo Ren is redeemable.  Deep down, we all like and root for a redemption story because it gives us hope.  Hope for a brighter future.  Hope for change.  If Darth Vader can change, if Kylo Ren can change, then maybe anyone can change.

The question then becomes “Will Kylo Ren be redeemed?”  That is the tougher question to answer.  It is one thing to say if someone is redeemable, it’s another to say whether they will or not.  One may be given all the opportunities in the world to be redeemed and not take them.  For all we know the scene with Kylo and his father may be the last time or it may just be the first time there is the opportunity for redemption.

We will have to wait and see how things transpire in the next two films.  Kylo Ren stands at the same crossroads with the same opportunity to respond to redemption as his grandfather did.  He will have that same choice to make.  And we will be on the edge of our seats to see how he responds.”

Michael Burgett is a nerd in a different city. He has a blog called “There and Back Again” and is a part of a podcast called “Reactor Radio.” Go check out all the things Michael is up to and follow him on Twitter at @MichaelBurgett

Reader, what do you think? Is Kylo redeemable at all? Or is it just a matter of time till he is redeemed?

I will be posting my thoughts on this matter tomorrow. Stay tuned…

One response to “Will Kylo Ren Be Redeemed?”