Today was a day of leisure for me. No work to speak of. Only play!!

-First up I hit the Violet and Daisy panel. Featuring the Academy Award winning writer or Precious, Geoffrey Fletcher. Also featuring Carrie Fisher asking all the questions. As usual Carrie was wry, sarcastic and delightful. I always love getting to see her at the cons. Icon!!! 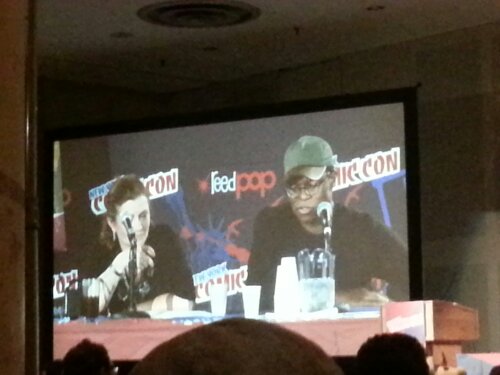 They also really delved into what Violet and Daisy was about and showed a few clips. It looks great!!

-Next up I hit the Marvel: Heroes panel ‘The MMO you’ve been waiting for.’

Now I love games but I’m not a big gamer. And I know nothing about MMO’s, RPG’s, PVP’s, etc.
But this got me excited. It’s an online, action, RPG (Role Playing-Game). It’s super cool because each character (there are many Marvel character options) has a catalogue of costumes featured with that character. Classic Spiderman, darker movie Spiderman. Hulk with classic purple pants, Avengers movie Hulk with ripped jeans.
It’s a very cool, unique way to give each person options with their favorite characters!
At the end of the panel, attendees were offered a code to join closed Beta. Yes, please!

-Next was the TBS King of the Nerds panel. They gave out these cute nerd glasses.

On January 17th a new show premiers on TBS called ‘King of the Nerds.’ With hosts Curtis Armstrong and Robert Carradine of Revenge of the Nerds (how fitting!) 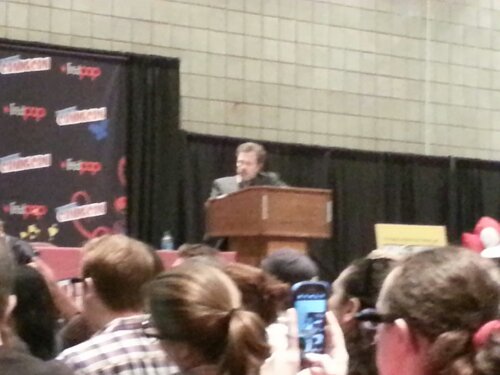 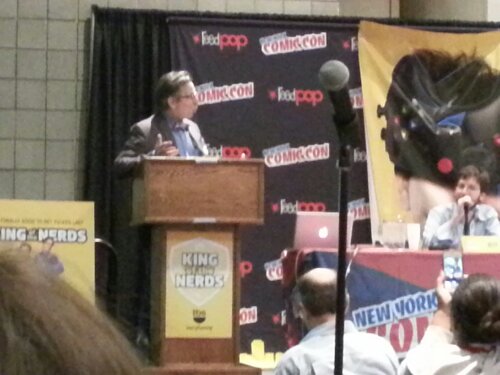 Plus they gave out free TBS Rubiks cubes. All in all it looks like a fun show and it was a very entertaining panel.

-Every year at NYCC I try to make it to a panel with Geoff Johns from DC comics. I missed the Green Lantern panel on Friday but was just in time for the Justice League panel today. 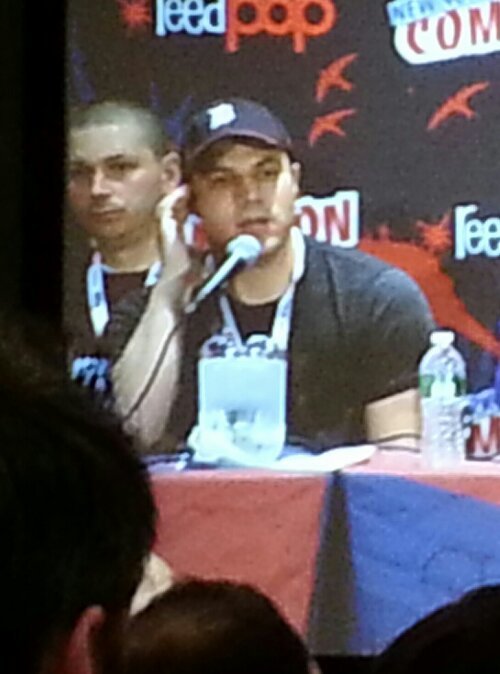 I am a big Geoff fan. I love his work! He’s has such a sensability about the DC world. He does new things while staying true and maintaining the integrity of the characters you know and love.
Also on the panel were Bob Wayne, Brian Buccellato, Brian Cunningham, Cliff Chiang, David Finch, Francis Manapul, Ivan Reis, Jim Lee, Joe Prado. 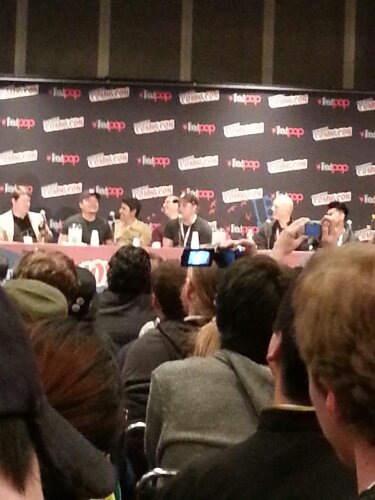 And yeah… they discussed this a little:

-Now while I love DC, I am constantly amazed by Marvel. The way they have organized the company and taken over the summer movie industry (and soon the world) is both exciting and inspiring.
And the Marvel TV panel was right across the hall and you could just hear waves of cheering and screaming from the DC panel.
Come to find out it was all due to the resurrection of S.H.I.E.L.D. Agent Coulson. Joss Whedon and Marvel announced that he is the first character being brought to the S.H.I.E.L.D. pilot being created by Joss himself. And Clark Gregg was there in person to deliver the news.
Again, there is a special place in my heart for DC and for Geoff Johns. But damn if I wasn’t thinking I picked the wrong team at 5:15pm in E hall.

-After all the panels I wanted to see were over (and I clearly couldn’t get into the IGN for Walking Dead or for Firefly) I hit the show floor again.
Here are some show floor highlight pics: 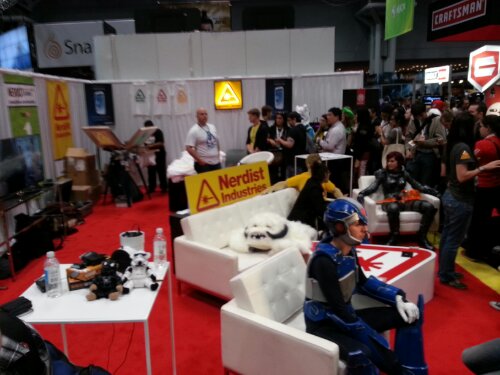 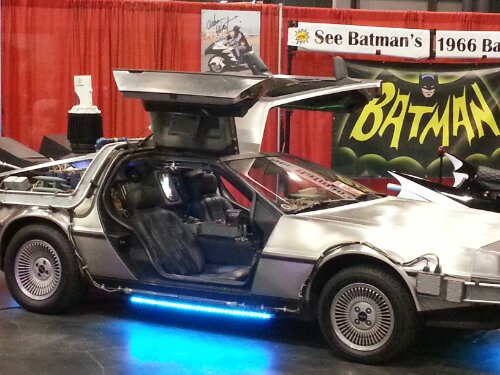 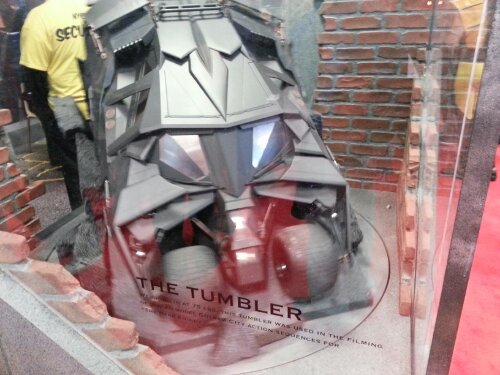 -Marvel has released a line of colognes. Each scent is inspired by an Avenger: 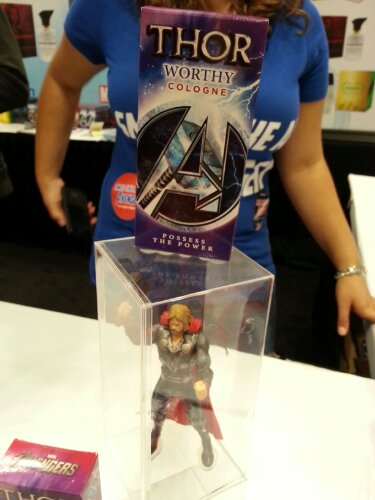 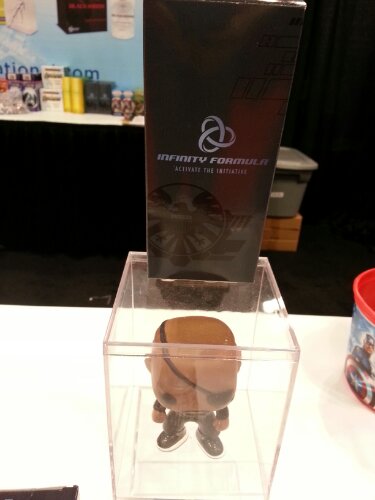 No Hawkeye scent to be seen… disappointed! I imagine it smells like a brooding, American James Bond might smell. I’d date a guy who smelled like that. 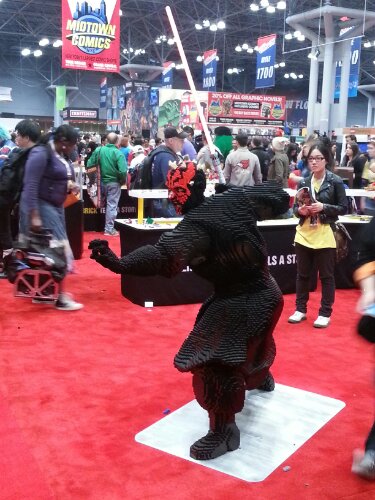 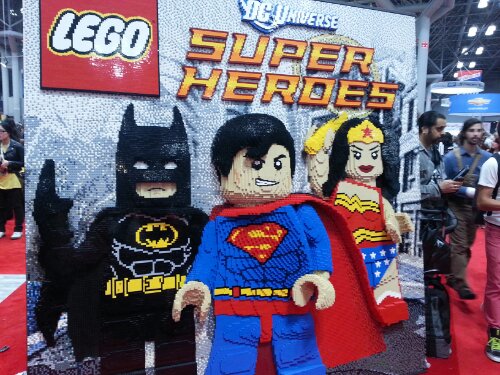 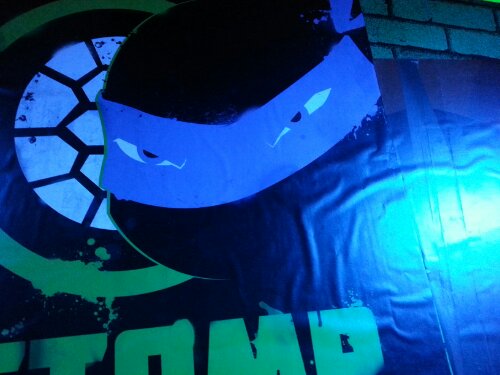 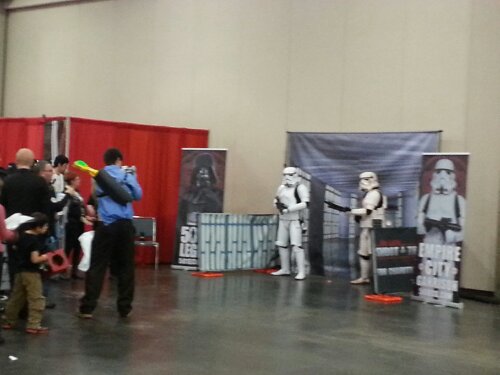 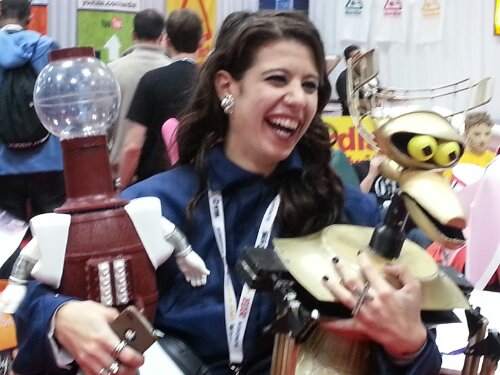 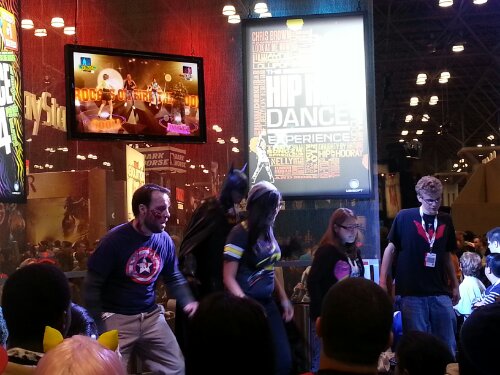 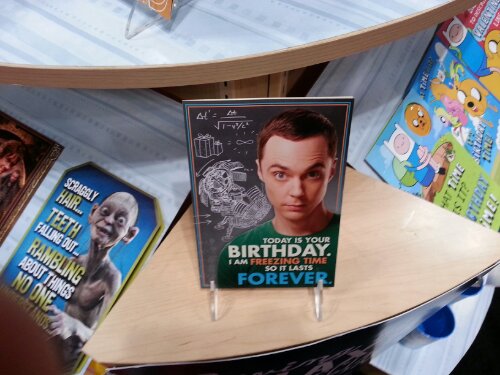 So tomorrow is the last day. And I’m working a full, double shifty day!!! Stay tuned.