There is an imminent threat facing our culture and indeed the very fabric of our lives. Is it global warming? Nope. Terrorism? Nuh-uh. Uncompromising Bipartisanism? Fuhgeddaboudit!

If Twitter is to be believed, and honestly…why wouldn’t it be, then the most imminent threat facing us today is the “spoiler.” Thousands abandoned social media in the days following the release of Star Wars VII in an effort to avoid being “spoiled.” I myself got vain threats of what would happen if I, who saw the movie on Thursday, were to spoil a single plot point or character arc. When new episodes of television air, people live tweet the show (myself included) causing others to run from all forms media till after watching. A single hashtag can blow up the delicate balance of a viewer’s enjoyment.

WARNING THERE ARE POP CULTURE SPOILERS AHEAD….TREAD CAREFULLY!! (see what I did there!!)

I, myself, am a spoiler activist. I fight those who would attempt to spoil for another the crucial moments of a film as momentus as Star Wars!!! I actively delete comments in any thread I have control over that would attempt to do damage to another’s virgin ears. I am a champion of anyone who hasn’t seen a show or a movie yet but has interest in one day watching. I gingerly probe “Did you watch Game of Thrones last night” before blurting out “JON SNOW IS DEAD????” I blog with care, always making sure to warn of impending spoilers so no one is caught unawares. And yes, I do live tweet, but always using a hashtag so that it can easily be muted by anyone not watching the newest episode of Arrow in real time.

It’s a mad, mad, mad, mad world we live in, gentle reader. And I urge you to take a stand against the spoilers of the world. They will not prevail. If you’re interested in doing more to protect the unspoiled and thus bring balance to our very universe, here are some simple steps to take.

Step 1. Check Before You Wreck

Asking a few simple questions around the water cooler, the morning after a big show premier or episode, can help you gauge whether or not people were able to catch it. Try saying “Hey guys, did anyone watch that Sherlock Christmas Episode last night? Or try this “Yo, office friends, where my Whovians at?” (Ok don’t try that one. That one will get you beat up and possibly fired.) But you see where I’m going with this. Checking first will show your friends and colleagues that you care about them. That you don’t want them to be spoiled and further more, that you are indeed a friend to the unspoiled everywhere.

Bloggers, tweeters, and the social media savvy have a responsibility to give fair warning before blurting out something like “SOYLENT GREEN IS MADE OUT OF PEOPLE.” or “THERE IS NO TYLER DURDEN!!” (Though if you haven’t seen Fight Club by now…shame upon your house.) A simple “Spoiler Alert” will give everyone the chance to abandon ship before reading something they aren’t ready to read. And isn’t that what life is all about in the end? Protecting the innocent. Saving hearts and minds everywhere from exciting and unforseen plot twists?

No one knows the excitement of discovering those twists and turns that surprising television shows and movies have to offer our minds, like I do. I watch so many shows I can hardly keep up. And I’ve now officially seen Star Wars The Force Awakens in theaters 6 times, so yeah…I like movies too. But when all else fails and people aren’t watching what you’re watching you have two options. You can just go ahead and burn the bridges or you can simply keep your mouth shut. It’s the hardest thing to do when all you want is chat to about your favorite characters, couples, etc. I mean…I came late to the Game of Thrones party so I knew that Ned was gonna lose his head. (rhyming doesn’t make it hurt any less.) But I knew there were even later comers than me. And did I run up and tell them what was to come? No. I let them find out and find their own ways to mourn. That is the right of every human being on this planet. Don’t take that away.!! 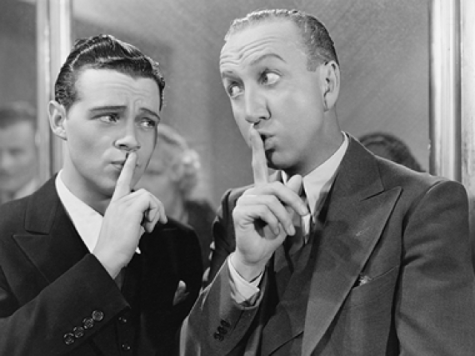 So…what can you do if you want to talk about plot points and spoilers without ruining the lives of your fellow man. I have the answers for you!

Or rather, Facebook groups can be a place where you can talk openly with your friends. In the wake of Star Wars Episode VII: The Force Awakens, all I wanted to do was talk about Rey’s suspected parentage, Luke’s appearance and of course, Han’s death. But I also didn’t want to spoil. So a few of my nerdy pals started a group where we have been chatting in private about all turn of events ever since. And it has been wonderful. A safe place. A haven. A place where we could continue to protect those who haven’t seen. Because we care!

I know we live in a virtual world these days. I’m only able to communicate with most of my dearest friends over the phone, chat and social media. But I assure you, the real life sit down still exists. Phone a friend and take them to lunch so you know that you are speaking to someone who won’t be offended by your spoilers. Though it might be courteous to make a general announcement in the restaurant so those sitting around you aren’t in any danger.

My blog has long been a source of comfort and relief in the wake of a devastating series finale or a movie release like Star Wars. And again, as long as you give fair warning, then all that is said becomes fair game. And others who are in the same boat as you are can feel free to connect. You may even make a new friend. Isn’t that what life is all about? Making new friends because of shared commonality!

We’re all nerds! Everyone on this planet. Don’t let anyone tell you different. So choose to protect your fellow nerd. Go forth and don’t spoil it!!!

6 responses to “An Imminent Threat”