This past Sunday was Easter, which means Christ has Risen and Lent is over. It also means that I get to watch TV again! But while I’ve been without TV, I’ve made some lovely new discoveries and I thought I’d share them with you!

No, not the TNT TV show. The Broadway musical from Sting that sadly closed in January. But the soundtrack is so amazing. And it was Sting’s TED Talk that led me to the music. And it has been playing in my earballs since February. If you’ve never heard the music, do yourself a favor. The soundtrack is on Spotify, so go check it out. It’s magnificent! Also check out Sting’s TEDtalk!

Discovering The Last Ship led me to discover Michael Esper (American Idiot) and this You Tube video from the Today Show of the cast singing “When We Dance” (favorite song from the show). I think I watched it about 30 times over the course of a week. The music is captivating and the performances are stirring! The cast did a performance at 54 Below on March 2nd and I tried my best to get in to see it. But alas it was quite sold out.

I’ve had this app for a while, but never had the chance to fully investigate all the miraculous sounds available on it. So I took some time to explore SoundCloud and find some new music and artists that were interesting. Which led me to…

“One of the most celebrated writing teams of their generation, Kait Kerrigan and Brian Lowdermilk blur the line between musical theater and pop music.” Definitely check out all of their music on YouTube and iTunes and Spotify. But specifically their song “Run Away with Me.” My new favorite song!!! There are a bunch of Broadway singers who have covered this at venues like 54 Below and Joe’s Pub and more. But the one who got me most was Jeremy’s Jordan’s version. Check it:

and if you’re in the mood for more Jeremy Jordan (who isn’t) don’t miss his version of “It’s All Coming Back to Me Now” from the Broadway Loves Celine Dion show at 54 Below!!! If your heart doesn’t just burst with happiness, then you need to get that thing checked!

Follow them and everything they do cause they are so talented!!!

Watching videos on YouTube is such a rabbit hole situation. One leads to the next, which leads to the next and pretty soon you end up somewhere completely different with no idea how you even got there. So, after discovering Kerrigan-Lowdermilk and watching every video available of Jeremy Jordan, I stumbled upon a video of Matt Doyle (Spring Awakening, The Book of Mormon, War Horse, Gossip Girl) singing “Run Away with Me” (aka, new favorite song.) And finding him… well that led to a whole new world of gorgeous sounds for my ears!! Like his cover of Adele’s “One and Only.”

Or any song from his EP “Daylight” but especially “Can’t Stay Here” (aka my other new favorite song!)

I watched a bunch of TEDtalks while off TV. They are always inspirational and always educational! But Andrew Solomon’s was also emotional and personal! It’s a longer talk, but so worth watching!! Check it:

There were many other things that I discovered while not watching TV. But these were the ones that really stuck with me through Lent. I love TV. I love my stories. But it’s important to switch it up every once in a while and discover some new things!!! I hope you enjoy!

If you haven’t heard about Zachary Levi’s crowd funding efforts for Nerd HQ by now, then I have to ask you… Do you live in a hole? Do you not have Wifi? Can you even really call yourself a nerd?

Yesterday, the I Want My Nerd HQ website went up on Indie GoGo and within an hour over $28,000 was raised in an effort to support what Zachary Levi and his Nerd Machine are doing. By the end of the day… over $68,000. The goal is $1 million.

If you have been to Nerd HQ before, then you know why we support it. If you haven’t… what are you waiting for? One of Willie Wonka’s golden tickets? Jump on it!!!!

From the photo booth to the parties to the Conversations for a Cause. From the signings to the merch to the Serenity screening. Nerd HQ is an amazing experience!! And it is a free event to attend. Conversation money goes directly to Operation Smile as does the money from some of the other wonderfully nerdy surprises that tend to happen. Not only will you experience something really special, but you will be helping a cause that is very worthy of the efforts! 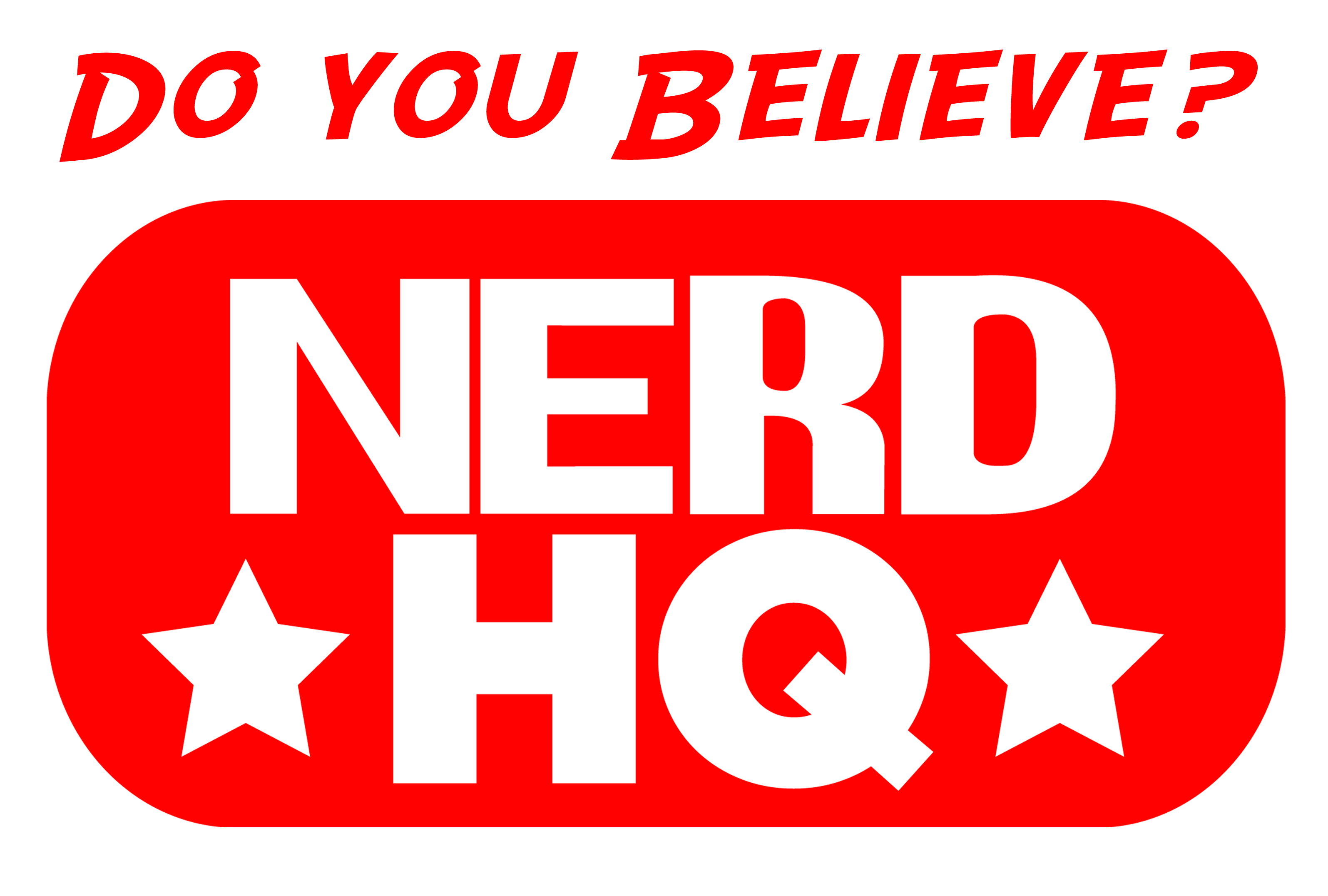 Head over to The Nerd Machine or to the Indie Gogo website. Tweet the crap out of it #IWantMyNerdHQ. Add Twibbons to your Twitter and Fibbons to your Facebook. Blog, vlog and shout the word! This event is ground-breaking. It’s important. It’s freakin’ fun. So go now and do it! Seriously!