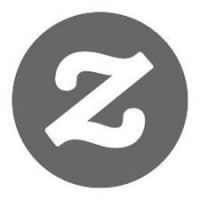 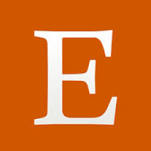 (Click here for more information on our sponsor: Licensure Exams)

For more information on the companies we partner with and what they stand for CLICK HERE, and for more on the fashions and where to get them CLICK HERE.

Check back every Tuesday for brand new episodes!!

Last night I attended big final event on the Life Ride tour. A tour that began in Milwaukee and went all the way to New York. This wonderful event is the culmination of a 5 year partnership between Kiehl’s and amFAR and their efforts to raise money for AIDS research. In fact you can go to their stores and purchase product right now and part of the proceeds will go towards AIDS research. Make sure to ask at the Kiehl’s counter for more information!

In light of the tragedy on Monday, I think what this world needs is a little bit of hope and happiness. And this event had happiness written all over it.

First they stopped at the Kiehl’s flagship store on East 13th St. A store that has been there for over 100 years. I got the chance to meet Chris Salgardo, the president of Kiehl’s and hear him speak about a cause that is of great importance not only to him, but to so many of the other riders. I also had the chance to chat with a personal favorite, Katee Sackhoff (nerd royalty and BSG alumni.)

As well as Vanessa Marcil (who I’ve watched on General Hospital since I was in the 9th grade) and Gilles Marini who is far more charming in real life, if that’s even possible!

After that the riders headed over to the meatpacking district for the big final party. Where Mary J Blige made a quick appearance.

Kiehl’s sure knows how to throw a party. From grilled cheese food trucks to a pie bar to airbrush tatoos, this event was pure, unadulterated fun and hey… it was all for a wonderful cause as well!

If you’re a nerd, then this is a name you really should be familiar with. If you aren’t a nerd or familiar, let me share.

Jane Espenson has had quite the illustrious career, filled with plenty of delicious nerdocity. She has been a writer and/or producer on shows like Star Trek: Ds9, Angel, Firefly, Buffy the Vampire Slayer, Gilmore Girls, The O.C., Eureka, Battlestar Gallactica, Dollhouse, Caprica, Game of Thrones, Torchwood: Miracle Day and most recently Once Upon a Time and her veryown web series Husbands.

Seriously. I’ll bet you didn’t even know she was responsible for so many episodes of shows you’re in love with.

Well she is and you should, from now on, associate her name with excellence and a keen sense of what the general nerd population will love.

Way to go, Jane. Thanks for all the nerdevotion you’ve shown to the things we obsess about!

The only problem is that I seriously don’t have enough hours in the day to get caught up on all the good stuff that’s out there to watch. I will say  that I have certainly watched my share. But I’ve made a list of things I need to catch up on. Things like Game of Thrones (I know, I know, it’s blasphemy that I haven’t got into it yet) and Stargate and Torchwood and Andromeda. Like Fringe and Eureka and Flight of the Conchords and The IT Crowd. The list is pretty long, but I’m determined to watch it all. Each and every show (some of which I’ve already started)

I just need more hours. And if anyone could figure out how to squeeze more hours out of a day, I’m convinced it’d be Dr. Sheldon Cooper.

PS. Just a thought but if Benedict Cumberbatch’s Sherlock met Jim Parson’s Dr. Cooper, I think the intellectual world might implode! But it’d be interesting to watch!

If you have yet to watch the Syfy 2004 reboot of Battlestar Galactica, well, shame on you, what are you waiting for and awww, poor thing, all at once!!

Basically humans develop technology to such a level that it begins developing further on its own. It eventually becomes sentient and indistinguishable from human beings. Leading to the destruction of the 13 colonies and a pilgrimage of the remaining population to Earth, the fabled promised land.

Now I’m all for technology. GPS is brilliant, MP3′s are magical and Angry Birds is pure genius. But a phone that talks back to me? Too much!!

Yeah, I want an iPhone as much as the next person, but I’ll stick to the lowly little 4G. Although i’m pretty convinced that it’s just as smart and could kill me in my sleep. It just wouldn’t talk me through the whole thing. And do not get me started on the Droid! Sure R2D2 was a lovable rogue, but there are just as many droids out there that would just as soon shoot out your eyeballs! And hello… ever watch Star Trek: The Next Generation. Does the name Lore ring any bells? He was an android and he joined forces with the Borg who are… surprise… technologically boosted super baddies!

And ok, so the classic tale of human vs. robot is pure fiction (at this point) but so was electricity before Ben Franklin, landing on the moon before NASA and talking phones before Apple.